Shannon Hamilton is the secondary antagonist of the 1995 film Mallrats. He is the manager of the Eden Prairie Mall's Fashionable Male clothing store and the arch enemy of Brodie Bruce.

It is revealed that Shannon is dating Bruce's ex-girlfriend Rene Mosier, who dumped Bruce that morning and also has "no respect for people with no shopping agenda" (in his words).

Shannon later confronts Bruce and beats him severely, saying that he likes comforting girls on the rebound of unsuccessful relationships, so that he can “fuck them in an uncomfortable place” — to which Bruce asks if it’s the back of a Volkswagen. This becomes a running joke in the film.

Also, Tricia Jones reveals that she had sex with Hamilton as research for her book Borgasm: A Study of the 90s Male Sexual Prowess; she even taped their sexual encounter.

During the Truth or Date game show, Bruce announces his love for Rene, which sets Hamilton off. Just before he can strike Bruce, Silent Bob starts the videotape of Hamilton and Tricia’s sexual encounter that is played on the Truth or Date big screens.

When Bruce tells the police that Jones is actually 15 years old, a surprised Hamilton gets arrested for statutory rape, and replies, “Ah, 15? Thought she was 36” before remarking to the police that they wouldn’t have “popped” Jones.

During the conclusion, it is said that “Shannon made a lot of friends at the Rahway State Correctional Facility” and the viewers see a hand wrap around Hamilton’s, with “Love” tattooed on his fingers. (In the 10th Anniversary cut, we see Shannon scream in agony — likely being raped.)

Shannon is mentioned in Chasing Amy, when Alyssa Jones says she had sex with him in college, only to have a tape of their sexual encounter be broadcast all over campus, thus retroactively making his comeuppance in Mallrats a case of poetic justice.

Shannon's face is seen on a milk carton which says he is missing.

If the milk carton is anything to go by, It most likely that Shannon escaped prison and is planning revenge against Brodie. 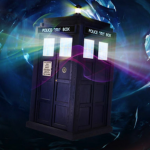